Today, my three boys turned 6! Their birthday, this milestone, always floods me with overwhelming emotions. I’ve touched on parts before, but here is the whole story…

I remember the joy.

After a long road to parenthood, we were shocked and laughing when we saw the three beautiful heartbeats of our boys. But we were the only ones rejoicing. The doctor’s conversation went as such, “I see one heartbeat! I see another! Oh My God, I’m So Sorry I see a third heartbeat. We’ll have to discuss if you will reduce one or two of them.”

We stood firm for our faith and chose to not follow the doctors’ advice. I couldn’t imagine not keeping all three.

The pregnancy was…uncomfortable. Three babies and their placentas filled every inch of my short torso. I would’ve carried one on my back if I could have. After weeks of bedrest and the beginning stages of pre-eclampsia, the boys were born. With my head on a bag of soil. Pure joy. The room was packed with people. Folks lined up against the walls just to watch a triplet delivery. Each boy had their own station and team of 3-4 NICU nurses. It was quite a celebration. We made it to 34 weeks and each boy was over 4 lbs. 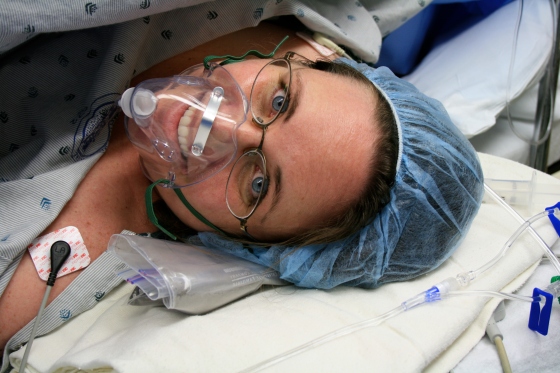 (See my pillow? It was important to my husband that the boys “be born on Virginia soil”. So there it is.)

I remember the downturn.

From the operating room, the boys were immediately brought to the NICU and I was brought back to my room to recover. I see photos of moms holding their babies after their born and my experience couldn’t be more different. I was able to see them and kiss them, and then they were whisked away. Little did I know that I would not be able to see them for another 36 hours.

I remember being in and out of consciousness. I remember feeling tremendous pain. I remember the rush of doctors and nurses in and out of the room and the concern as they tried to figure out what was wrong. Turns out the incision from my c-section had torn open in multiple places, leaving me with “a million little bleeders”, as we were told. The doctors had found 2.5 liters of blood in my abdomen (the average person has about 5 liters total in their body). I later learned that they were preparing for the best case scenario: a hysterectomy. Can’t fix the bleeding, just take it all out.

By the time I was brought in for an emergency surgery, about 19 hours after their birth, I had had unsuccessful blood transfusions, my kidneys had shut down (as with other organs) and my blood pressure was 60/40. Near comatose. I was in and out of consciousness. I do remember being wheeled to the surgery, seeing Rob standing helplessly by the window (his three babies in the NICU and his wife on the brink), and having my heart cry out “Jesus please be with me. Jesus please be with me” over and over again.

And the next thing I knew, He was with me. It was the purest white light and I was surrounded by Him.

I’m going to ask you guys to close your eyes. You see darkness. Now imagine closing your eyes and having the brightest light possible surrounding you. Hugging you. It was like a giant hug from Jesus. It was the most joy-filled, peace-filled, beautiful, comforting experience. No words can describe it.

Joyful – but the most joy you could possibly feel.

Peaceful – but the most peace you could possibly feel.

Beautiful – but the most beauty you could possibly feel.

Comforting – but the most comfort you could possibly feel.

You know how it says in Revelation 22, “There will be no more night. They will not need the light of a lamp or the light of the sun, for the Lord God will give them light. And they will reign for ever and ever.” I totally get it now. His light is real. I was lucky enough to get a taste of it.

I imagine that is what it is like to die. It’s not painful, it’s not scary. It’s beautiful. Don’t get me wrong, I want to be here to love my family as long as I possibly can. But I KNOW that joy is waiting. It is no longer just a faith in Jesus, but knowledge and memories of Him.

I don’t know how close I was to death on the operating table. But after many conversations with multiple doctors, I am very very lucky to be alive. They were able to stop the internal bleeding and didn’t even need to give me a hysterectomy.

I remember waking up in the ICU, intubated. Again, in and out of consciousness, I was so confused as to why I was intubated. Apparently they thought they would have to bring me back to the OR. But it wasn’t needed. I was slowly healing.

So 36 hours after the boys were born, my amazing ICU nurse, Megan, brought me to the NICU to see the boys. It was late at night, but she still used the service elevator. I was quite a sight. Barely lucid from the morphine. Swollen from fluids and medication, I couldn’t put my feet on the wheelchair pads.  So she put a pillow on the ground and dragged me backwards. Two of those wheelie pole things accompanied us to hold all of my IVs and monitors.

(Two days post-birth, many of the IVs/tubes/monitors removed, some remained. Unable to walk, but holding one of my boys.)

So unlike Duchess Kate, I was not upright, glowing and camera-ready the day after their birth. But I was alive. And my boys were alive. And forever grateful for getting those moments with Jesus. 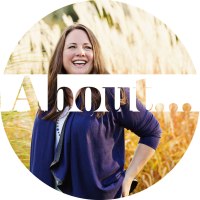